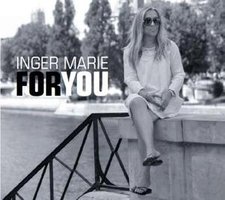 This album includes a version of the perhaps most successful song ever from a Norwegian pop group, AHA’s “Take On Me”. However, if you don’t happen to know the lyrics, you may not recognize it, because Inger Marie makes every song her own. Her style is relaxed, and her phrasing is carved in stone. She has her own sound, and she compiles her repertoire with a broader scope than the traditional American Songbook.

Inger Marie first worked with the Swedish guitarist Ulf Wakenius on BY MYSELF from 2006. The collaboration was inspiring for both of them and led to many concerts all over the world.

On her album, FOR YOU, Ulf and Inger Marie join forces once again. This time with a Scandinavian dream team featuring another Swede, Lars Jansson, on piano, and two Danes, bassist Jesper Bodilsen and drummer Morten Lund – as well as the wonderful trumpeting of Norwegian Per Willy Aaserud on several tracks. Inger Marie and her band of outstanding musicians make this album an aesthetic delight. 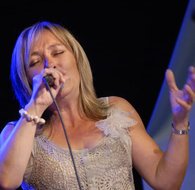