Inger Marie Gundersen was born in the small town Arendal, at the south coast of Norway, February 13, in 1957.

She grew up as an only child with her parents in a peaceful environment, close to nature.

In her childhood there was time for both outdoor and indoor activities. Parents, Grandparents, aunts, uncles,cousins and friends played an important role during these young years.

She got a fascination and joy for music from early childhood. Her father played guitar and he filled the home with singing and  music almost everyday, and this problably has influenced his daughter a lot. When she was an adult, Inger Marie studied at University of Agder, and got a bachelor degree in Health and Social work. However she always knew that she really was a singer, and that it was music she  was going to keep up with.

Inger marie is also a mother to a daughter and a son.

Inger Marie waited for many years before she ventured upon a solo career. She has ample experience tough, from many years activities in the music field. For nearly 40 years she has been active as vocalist in several bands. Ranging from a youthful rock band to a six year period as lead singer of a jazz big band. She has also fronted her own jazz quintet ”My Favorite Strings”, as well as collaborating with several excellent jazz musicians. The Swedish guitarist Ulf Wakenius and pianist Lars Jansson, Norwegian trumpeter Mathias Eick, Swedish guitarist Georg Wadenius, Norwegian trumpeter Per Willy Aaserud, Danish jazz double bassist Jesper Bodilsen and Danish drummer Morten Lund, among others.

Having gathered a lot of experience and ”paid her dues”, Inger Marie finally decided to enter the studio to record her debut solo album ”Make This Moment” in 2004.

The time was right. Years of singing had matured her voice into an instrument of impressive sensitivity and perfection. Producer Lars Martin Myhre, himself a brilliant musician and a major artist in Norway, says that he never had got a bigger surprise than the one he got when Inger Marie started singing in the studio. She was displaying a voice so controlled, so beautiful and so personal at her first recording date, that the seasoned producer was stunned in admiration of the awareness, the warm and direct communication in her voice.

The album has been distributed in 25 countries in Asia and Europe. Her music has touched the hearts and souls of thousands of listeners.

Since the autumn of 2005, Inger Marie and her band/ musicians, have been performing concerts, playing at festivals and participated in television- and radio shows in various locations. Numerous concerts and TV performances in Korea and Japan. Performances in Hong Kong, France, Germany, Czech Republic, Austria, Poland and Denmark have been highlights, as well as several successful performances at music festivals, clubs and various private arrangements in Norway.

On her second album, ”By Myself”, Inger Marie was signed by the Danish record company Sundance Music & Stunt Records www.sundance.dk . Producer Søren Sigumfeldt.

She recorded the album in Nilento Studio in Gothenburg, Sweden, with her handpicked Norwegian musicians. In addition she invited the Swedish guitar virtuoso Ulf Wakenius to play with her.

Other guest performers included the Norwegian trumpeter Gunnar Halle and Danish Niclas Knudsen on electric guitar. The album has been released in most European countries, in Hong Kong, South Korea and Japan, among others.

The  attached musicvideo, ”I Don't Want To Talk About It”, was recorded in Copenhagen. Produced and recorded by the Danish photographer Stephen Freiheit. The song was also promoted in Norwegian television and radio. The album was ranked in top 3 on the HMV`s Jazz best seller list in Japan for several weeks.

My Heart Would Have A Reason

In 2009 she released her third album, "My Heart Would Have A Reason". With this recording she continued to interpret well known songs in her own way.

Swedish guitarist Georg “Jojje” Wadenius was the producer and co-arranger. The album was recorded at ”Musikkloftet” in Asker, and ”Stable Studio” in Oslo, Norway.

In May 2011, in Lars Nilsson’s Nilento Studio outside Gothenburg, Sweden, Inger Marie and her five Scandinavian musicians met with Rasmus Solem, her musician for several years, and now also her producer, and created “For You”.

Ulf Wakenius and Inger Marie joined forces once again, together with a Scandinavian dream team. Featuring Swedish Lars Jansson on piano, the two Danes Jesper Bodilsen on bass and drummer Morten Lund, not to forget the wonderful trumpeting of Norwegian Per Willy Aaserud on several tracks.

This album includes a beautiful version of the perhaps most successful song ever from a Norwegian pop group, AHA’s “Take On Me”.

Inger Marie has played several tours in Asian countries from 2006 to 2017. Primarily in South Korea and Japan.

She has toured totally 17 times in South Korea, where she’s got a numerous dedicated fans and a big market for her music.

South Korea has become like a second home country for her. The people, the surroundings and the culture have touched her deeply, and still continues to do so after all these years.

Her South Korean manager the last 10 years, has been Managing Director Mr. Hitch Kim from Seoul.

In 2013 she also started to work with some excellent Korean jazz musicians. Sungsu Kim, Sungbae Kim, Youn Woo Park and Dongjin Shin. In recent years she has collaborated and toured South Korea with these musicians, and the Norwegian trumpeter Per Willy Aaserud.

In February 2015 Inger Marie invited her South Korean bassist Sungsu Kim to Norway, for their first job in her home country. It was a success, and has evolved into both a musical relationship and a personal friendship.

In the autumn of 2015, Inger Marie came back to Korea for her first performance with the reputable Gyeonggi Philharmonic Orchestra. Her Korean band also attended at the great peace concert in Imjingak.

The Korean professor of contemporary music, Mr. Woohyuk Choi, arranged her songs for the Orchestra.

Inger Marie has since 2015 been preparing for her new album.

The album is expected to be released in spring 2018. We can promise this will be a new highlight in Inger Marie’s musical career. Greet You with some patience, and look forward to the result! 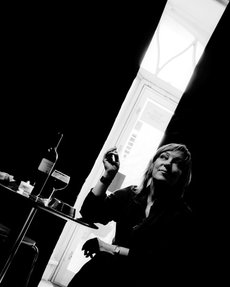